Saturday I finally crossed the border. Before some other great things happened.

When I was in Bremen in the evening I had much time to do things. I discovered the city a bit, feeling like Momo.
Some homeless person asked me for money. He said that he lost everything a few days ago. I gave him the picknick sheet I found in Berlin and a thermo hassock found in Heidenau.
Another homeless person asked me for money. She was very confused, saying things without logic. I gave her an apple.
Next to the town hall somebody was playing violin. I moved circles around and spent him also an apple I found on a tree.
It was getting colder and darker. I asked some people if there is anything up in the town. They told me to go to Ulrichsplatz. There a homeless person asked my for money. Than he was startled of my awesome smiley pocket. He didn't want an apple. I asked him for some| bread. The he gave me a bread roll which I started to eat later and enjoyed the rest of the day.
I knew the things I gave away will come back in another way even I don't understand that with my brain. In the past months I had many experiences like that.
In Bremen I had a really nice sleeping spot with a shower, a laptop which I used till night to prepare my new smartphone from Hamburg. All important things were done.

On the next day I cycled to some foodsharing sharing places but found nothing. I was eating breakfast at the university of Bremen. After that I went to the Vaude store in the city - just to say "Thank you" for all the bicycle panniers which survived every tour, all foodsharing actions, everything without problems. Another thing is my jacked made of old coffee filters used for everything - also to sleep in the grass. I like the concept of Vaude absolutely. I would say they build things for the future without unneeded things.
The salesman was a bit shocked when he saw my full loaded bike outside. I expected nothing but he gave me things I absolutely needed. For example a new jacket, the same I used all tours before in a blue. Amazing! And a laundry detergent for it and some smaller parts. He also told me a bit from the company headquarters in southern Germany. It sounds for me a bit like GLS bank from Bochum, an ethical bank. At least Vaude is one more company, maybe doing things I love. I wrote it on my "future-list".
I was very happed the whole day. I'm still on the path, everything is as it should be. Even when thinks are looking bad in the first moment. I trust the universe, God, life - however you call it. I also trust myself.

Next to Oldenburg I got to know Jess and Lukas. Two lovely cyclists which are also touring to the Netherlands. They started their trip one month ago. I spent them a smartphone and a bag from Leipzig I never used. They were very happy about it. Me also because I knew that it will come back in another form. They also got more food for me when they asked for some remaining food in the evening. It was not vegan so they had one more kebab.
When I arrived my sleeping place next to the border at 23:00 everything came back. Jess and Lukas were sleeping at a fireplace where we got in contact with many young people. It was really nice there, with music, food, beer and everything. But my feelings told me to continue to the sleeping place next to the border. When I arrived a young man welcomed me with his wife and her daughter. We ate together and prepared my bicycle later with special tools. He cut my garden tube with his very sharp cooking knife. I installed it on the bike with special adhesive tape to protect the frame.
He gave me also a headlight and batteries also for my radio. Incredible! And marmelade and special tee. Wow! Now I can build up my tent at any time and cycle when it's dark. The light from the bike is not enough because it doesn't illuminate signposts or smaller street signs. He also exchanged my postage stamps and envelopes with money. I had not enough time to write all 20 postcards in two lasting days anyway. Another very great things I got back from the universe. Thanks to whatever! ❤️ 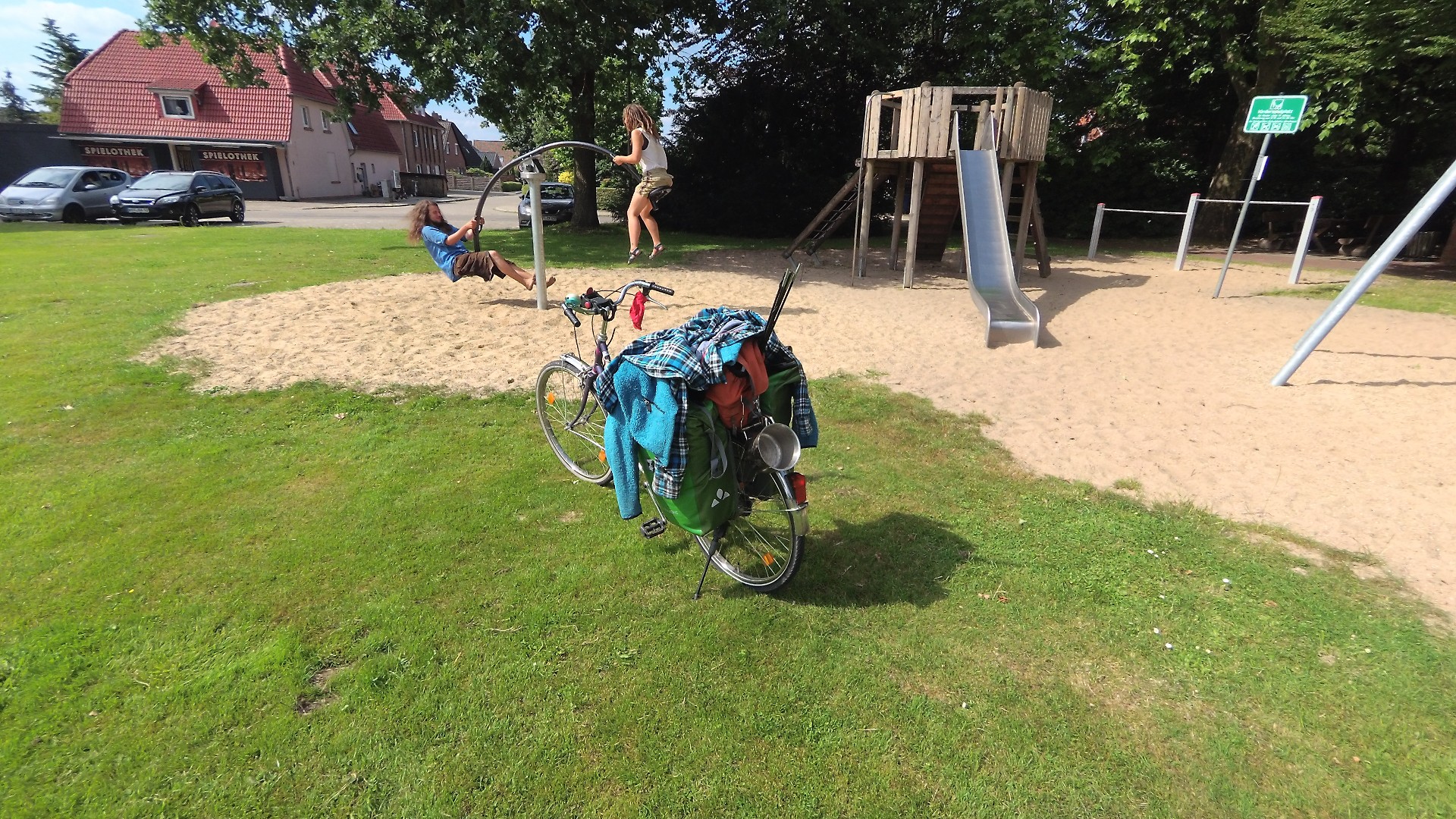 In Papenburg I wrote all remaining postcards, prepared my bike, sorted out unneeded things and replaced some giveaways. It was one day without cycling, but with talking to many people and go into my inner world. What is my next plan for the Netherlands? Just be there, follow my intuitions and permit everything, also things like hitchhiking, having sex, whatever. For me it's a kind of getting my head free just to make clear what I want. 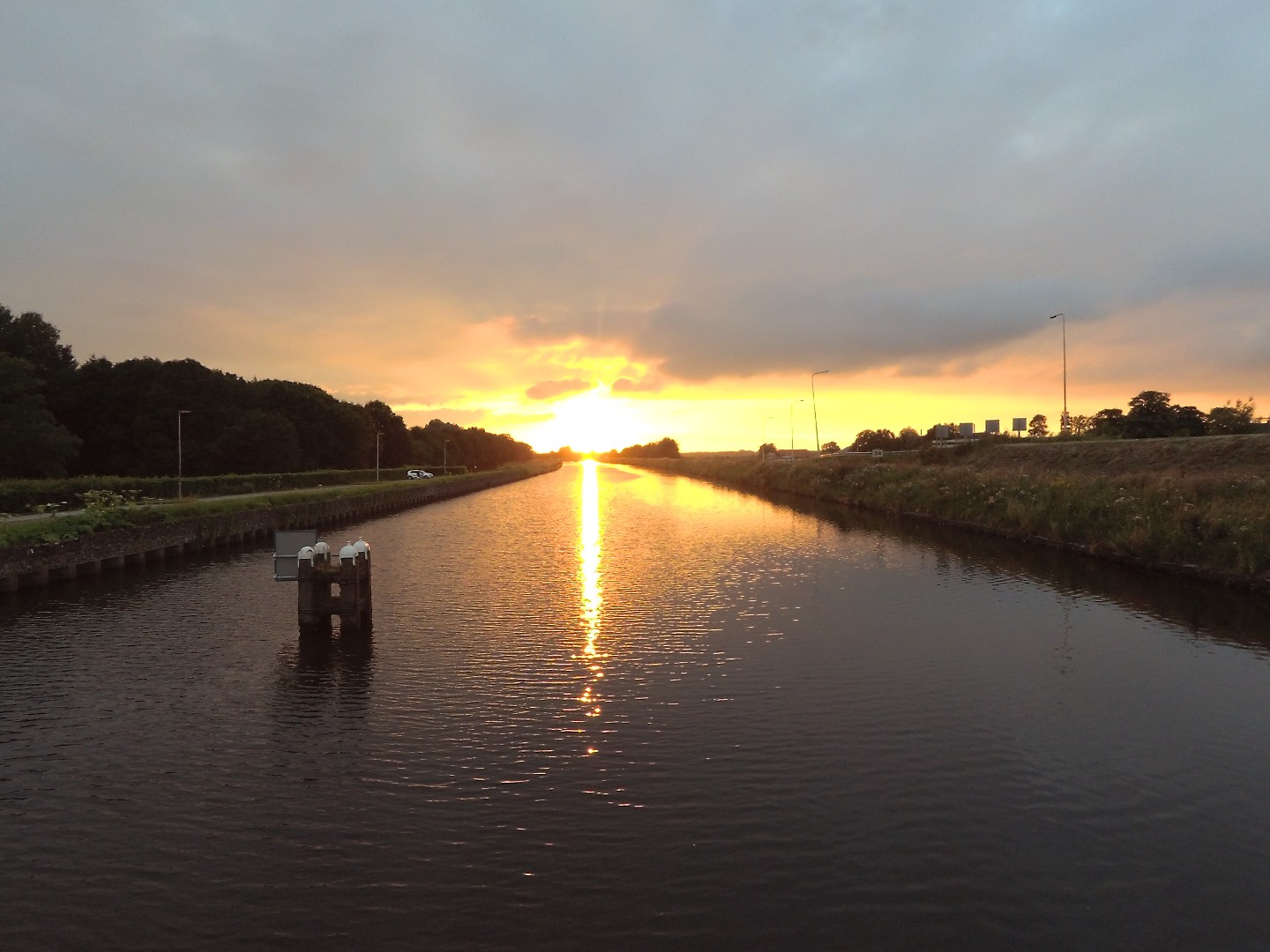 Now I'm here in Winschoten. Yesterday I was cooking somewhere between houses. After that I went to the market where people sold unneeded things. Me also after I asked if it's okay. When I had everything in the floor it started to rain. I started to laugh and dance in the rain after I covered the postcards, the towel and other stuff. I do what I do ❤️
I sold nothing, but people gave me food and some money, whished me success, really great! I learned a bit Dutch, wrote a sign who I am and decorated another bike pannier: "spirit of surrim". 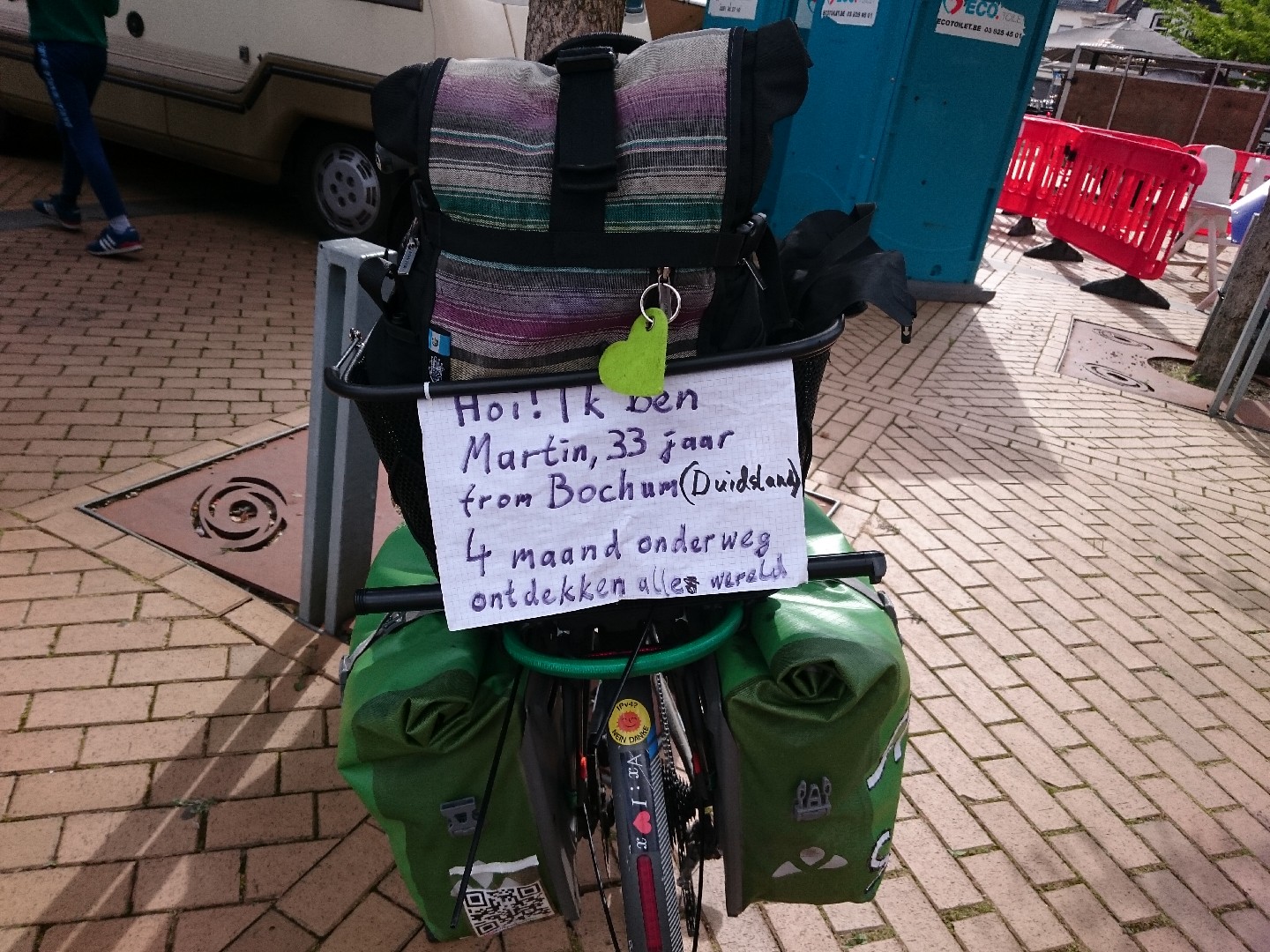 I the evening after I used a toilet from the bar some person spoke to me: "Hoi! Blablabla? (something Dutch)". At the end it was 2:30am, the third beer/snack bar. People here are really crazy. Lovely, but very crazy. For example they talk and ask much about sex related things. I still don't know how to handle it. Maybe they are more straight, maybe they only want to shock others with that. I really don't know. My simple form to handle that is to say that I'm Martin and don't answer questions whether I have a (long) penis or not. Something for me to learn. I think in Germany it's a way more disowned. A thing that I questioned in the past without knowing this other "world".
This night I was tenting in a wonderful garden. Now after writing the entry and the rain I continue to Groningen. Thanks to all people I met here, really great talks, sometimes even in German. 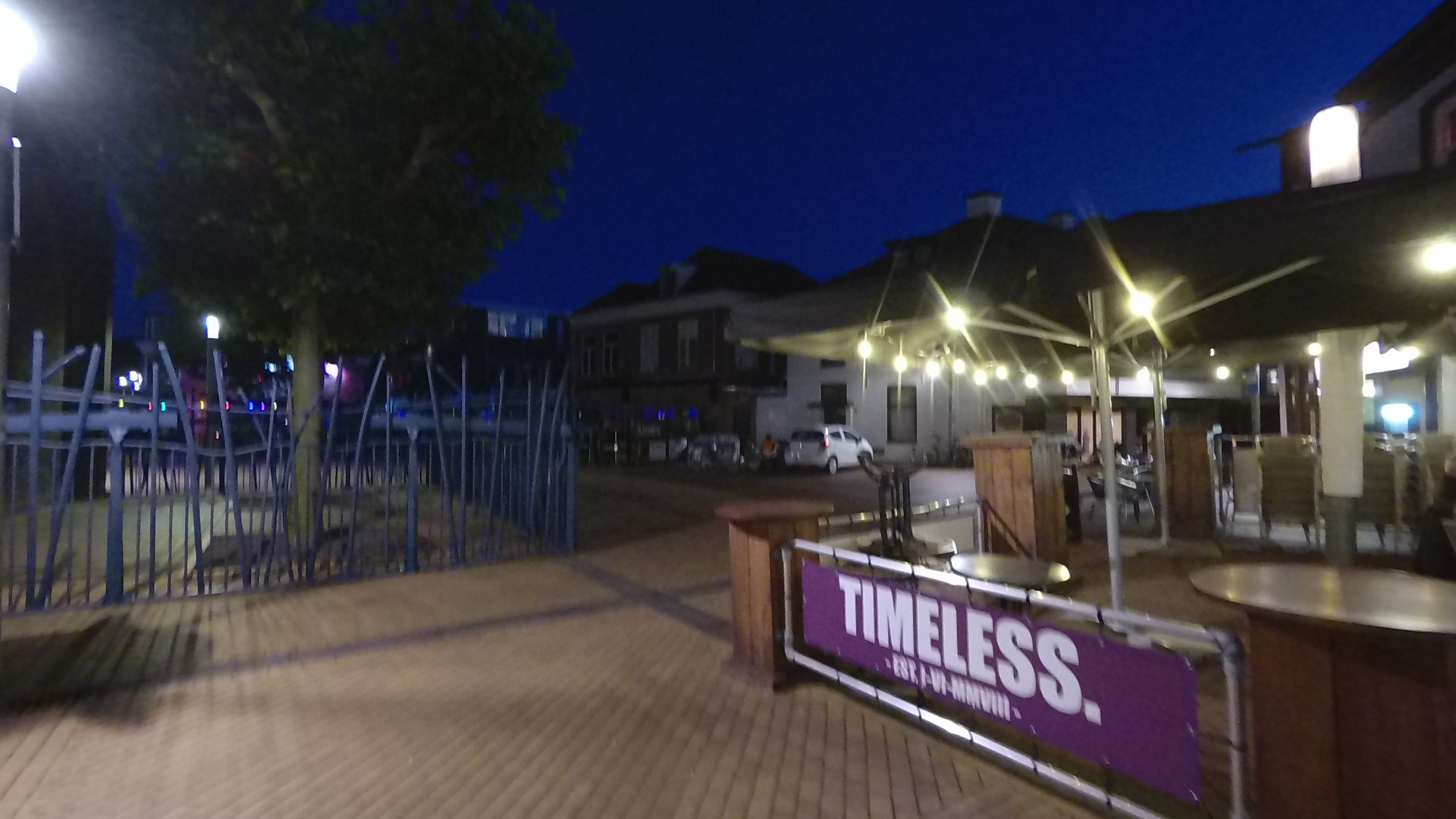